Last Summer when Yarndale became more than just a lot of excited chitter chatter, our first job was to come up with a logo. We wanted something fun and colourful, and something suitably creative and woolly.

We were very fortunate to have a super-duper local designer working with us, and over a few cups of strong coffee and some homemade flapjack, the idea of the Patchwork Sheep was born.  We all instantly fell in love with the sheep – it was colourful, fun and summed up everything that Yarndale was about. 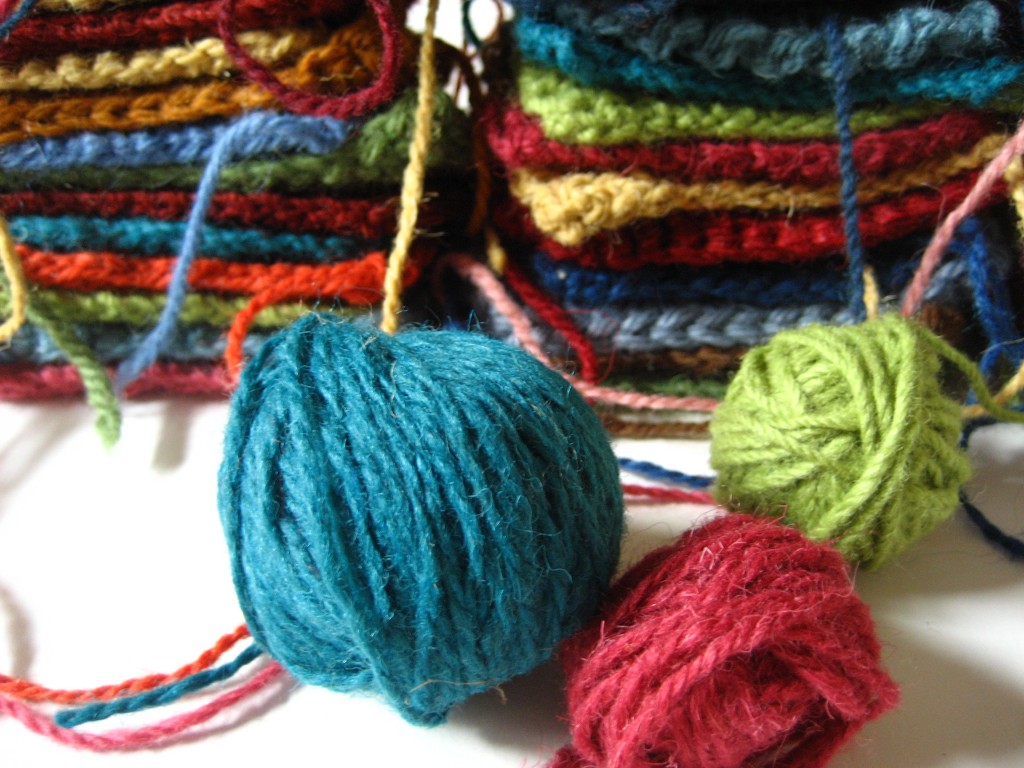 Once the logo was in place, we put our creative minds into action for the next task in hand. We had the logo, but we needed something special to spread the word about Yarndale, something to put on postcards, leaflets and posters. We decided that it would be great if we could somehow bring our sheep logo to life and make a real patchwork sheep. Well not a  real real one, but one made out of wool. Yes, we could knit and crochet a whole heap load of colourful yarny squares and patchwork them together into a sheep shape….oh what fun! 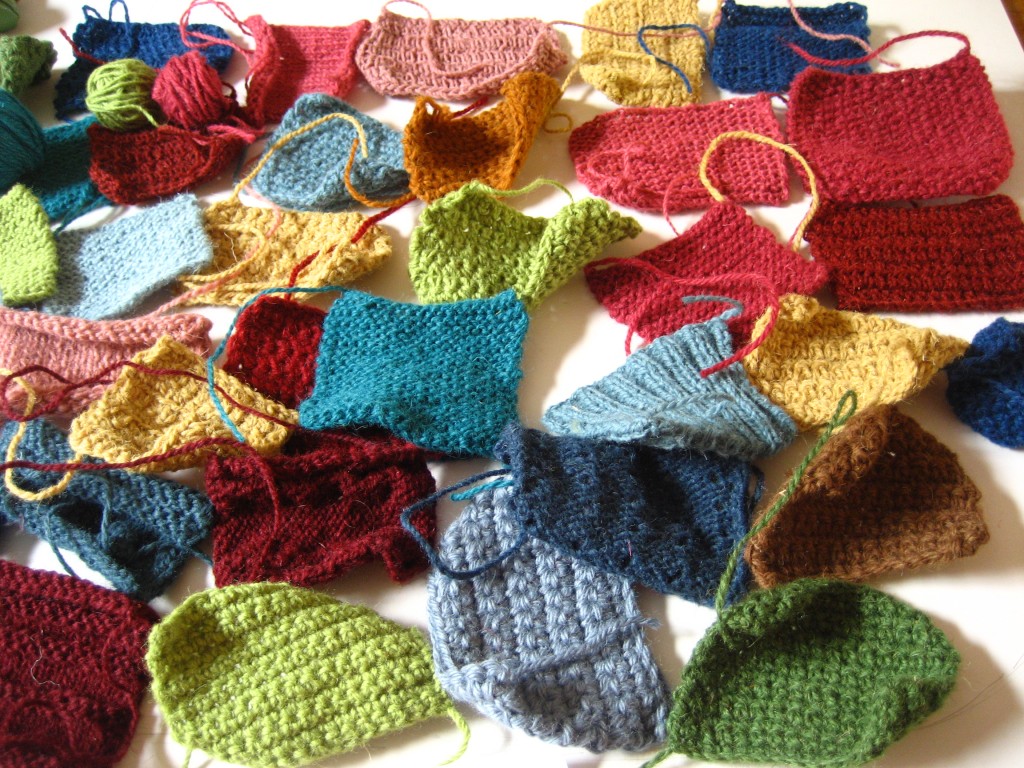 Everyone at the knit and natter group was very excited about the project, and over a number of weeks many hands set to work with needles and hooks. It was wonderful to have so many lovely people involved, and soon there were dozens of colourful woolly squares waiting to be stitched together. 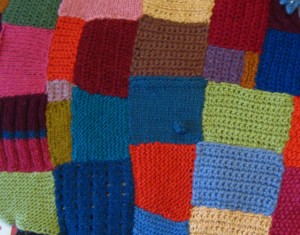 Two members of the Yarndale team took on the final stages of making the Patchwork Sheep. Carole had the task of patching all the squares together and making the legs. 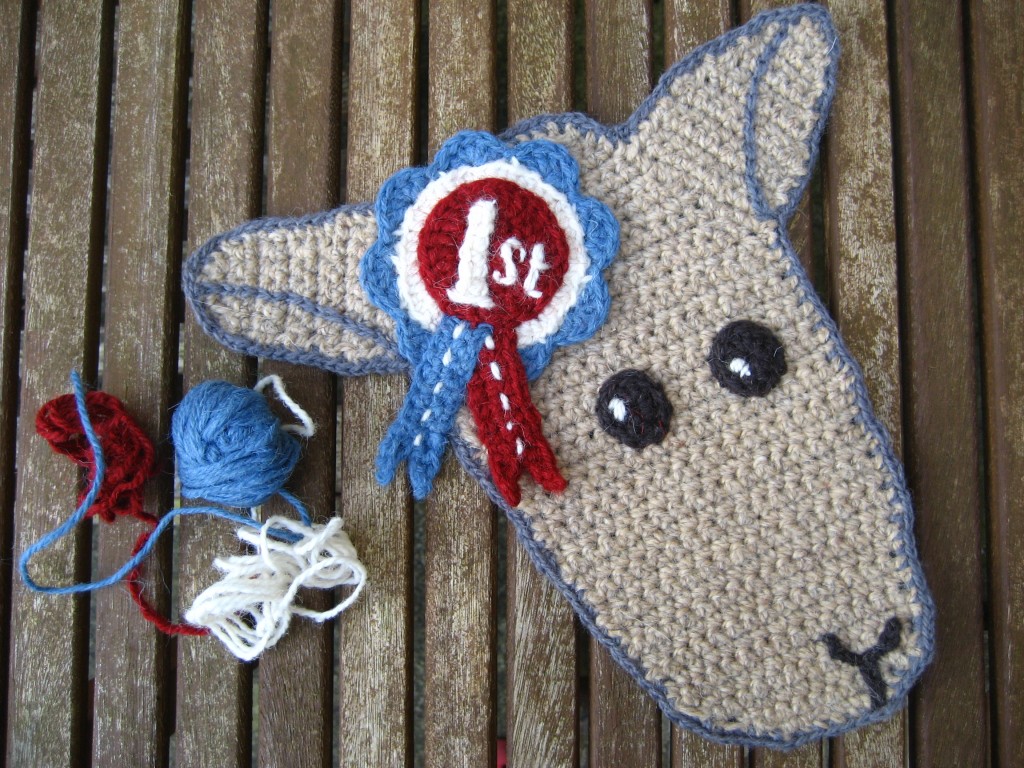 And Lucy had the task of making the head. It was quite a challenge to crochet a sheep’s head! 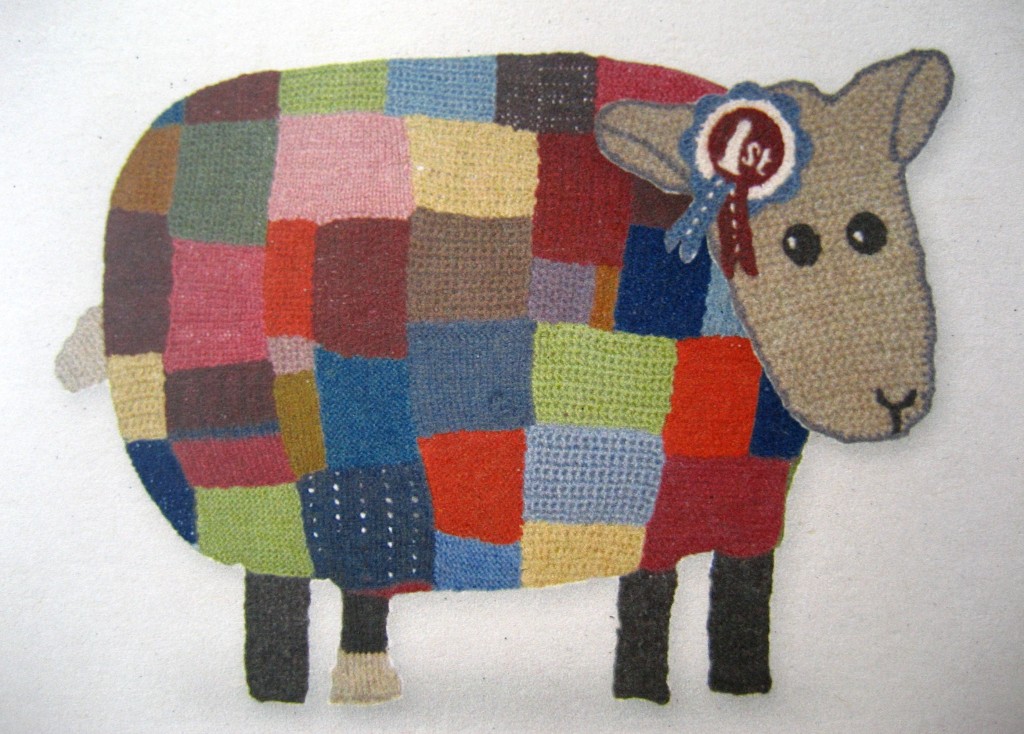 Gradually it all came together (it was a funny moment when the head met the body for the first time!) and  the outcome was even more lovely than we had ever hoped. 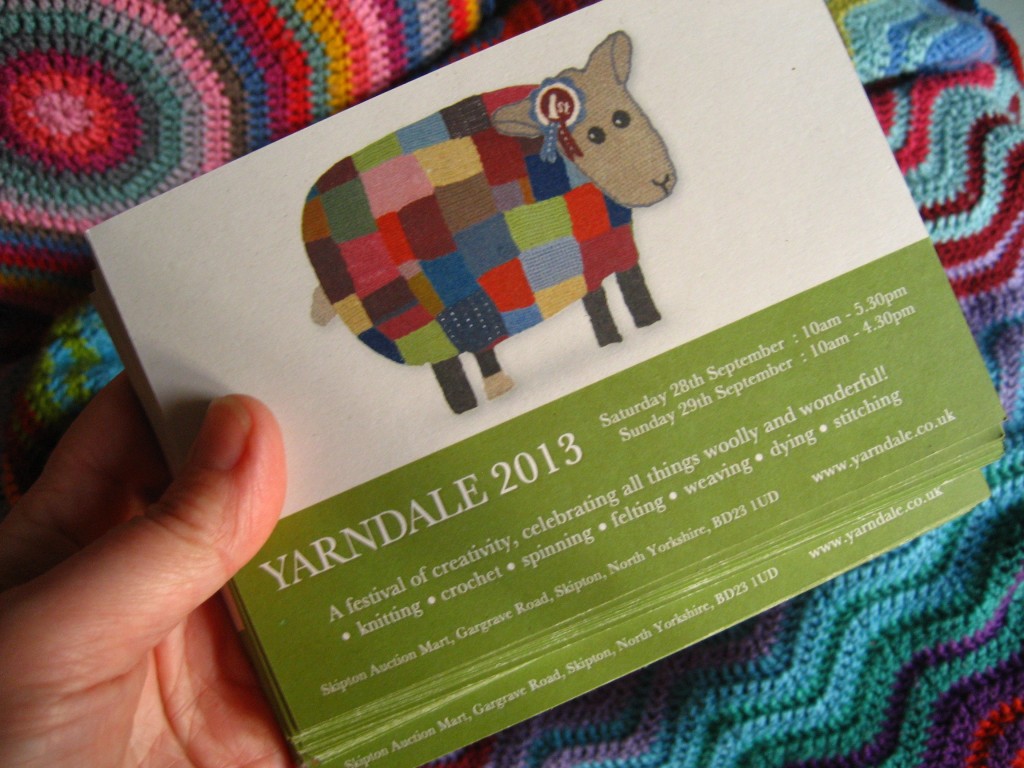 The Yarndale Sheep has received a great many compliments and there have been many declarations of love. We hope that our lovely handmade  sheep will persuade lots of people to come and have some creative fun with us at Yarndale in the Autumn.

Are you coming? We look forward to seeing you!

5 thoughts on “The Patchwork Sheep”

The following terms and conditions apply to the Yarndale Gift Card:

1.    Gift cards can be redeemed on our website www.yarndale.co.uk for products within the Yarndale Shop.   2.    Gift cards cannot be used for Yarndale Ticket purchases. 3.    Gift cards are not valid against the purchase of more gift cards. 4.    Gift cards can be used as part payment for a transaction with the balance being paid by another accepted method. 6.    If any product purchased with a gift card is subsequently exchanged for a product of lower price or a refund, any money owing will be issued as a gift card. 7.    Gift cards cannot be exchanged for cash. 8.    The gift card is not a cheque guarantee, credit, debit or charge card. 9.    Your gift card will either expire 12 months after the date of issue or 12 months from the last transaction (which ever comes later). A transaction is a sale or a top up.  Any remaining balance is cancelled on expiry. We reserve the right to amend terms and conditions of our gift cards at any time and take appropriate action, including cancellation of a card, if necessary, in return for an appropriate refund. 10.    Nothing in these terms affect your rights at law (for instance, under the Consumer Rights Act 2015).  Please see the Citizens Advice website at citizensadvice.org.uk for more details.
Copyright 2022 ©Yarndale Merchandising Ltd | Reg company no: 9500417
Registered address: Hawkswick Cote Farm Hawkswick Skipton BD23 5PX | Design by Creative Badger Photography by Peter Fort, Malcom Stoney & Sam Carlin